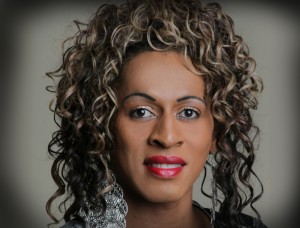 “Being transgender has certain advantages. Like having a vocal range from tenor to soprano for example. Most people are quite surprised to learn all the voices are my own.”

Jazmynne Matthews, Known on Stage by the grand title Lady Jazmynne, is a female who just so happens to be transgender. She is a vocalist, recording artist, actress, minister, advocate, and performing entertainer.  Her voice and talents have reached and impressed people from many different backgrounds & communities.

Lady Jazmynne is now actively working for transgender movements ranging from political to social to religious. She is an active member of Las Vegas TransPride, serving as the Entertainment Director. Jazmynne does not only fight for transgender rights, but many other causes such as youth homelessness, abandoned children, women with cancer, and domestic violence victims.

Lady Jazmynne is the first trans female to be featured recently in the Hip Hop Magazine RudeBoy Magazine as well as BWD Magazine . Jazmynne was also interviewed on The Nicholas Snow Live Show .